Twins Helen and Barbara McIntyre arrive at court to give evidence against one John Smith, caught burgling the McIntyre mansion. In a peculiar move, lawyer Philip Rochester, who happens to be present, is passed a note by the sisters, asking him to defend Smith, which task he undertakes.

Smith is taken ill as he leaves the witness box and dies in an anteroom, whereupon he is discovered to be disguised. He is James Turnbull, cashier of the Metropolis Trust Company and Rochester's room mate. Incredibly, Rochester and the sisters -- and Helen is Turnbull's fiancee -- all claim not to have recognised him. Turnbull's angina pectoris is thought to have caused his death, but Helen insists on an autopsy.

The twins' father Colonel McIntyre is romantically involved with widowed Mrs Margaret Brewster. She's a guest of the McIntyres and reveals to her cousin Dr Stone, the family physician, Turnbull was burgling the house because of a silly wager made with Barbara that he could not pull it off.

We meet Harry Kent, Rochester's partner in a legal practice. Barbara asks Kent to find out who murdered Turnbull, for she and her sister are convinced his death was the result of foul play. Soon the deceased Turnbull is suspected of forgery, Rochester goes missing, an eavesdropper lurks at a window, and a handkerchief is suspected to be the murder weapon. To further the busy plot, various characters play pass the red-sealed envelope, whose contents turn out to be the last thing most readers will expect.

My verdict: While the initial pace is slow, it picks up after a few chapters. The solution is complicated, not to say outrageous, so don't try reading The Red Seal if there is anything to distract you from noting every nuance. Cleverly worked red herrings mislead, and the explanation of the characters' roles in the tragedy and subsequent events features what must be the largest number of culprits-named-and-then- it's-someone-else's-turn-to-be-accused many readers will have read -- and all in a single chapter! Or to put it another way, the plot features twists galore. I suspect not many readers will guess whodunnit. 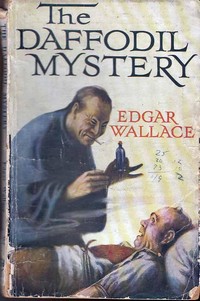 Odette Rider loses her cashier job after she indignantly rejects a suggestion from Thornton Lyne, owner of the large store where she works, that they cohabit without benefit of clergy. As a result Lyne, a thoroughly mean-spirited man, plots to frame her for embezzlement of company funds even though he knows the real culprit is a departmental manager, Mr Milburgh.

Lyne's cousin Jack Tarling, late of the Shanghai Detective Service, has just opened an investigative agency in London's Bond Street and visits Lyne to discuss the Milburgh matter. When Tarling learns Lyne wants to pin Milburgh's defalcations on Miss Rider -- Milburgh of course being more than happy to go along with the idea -- he refuses to have anything to do with it.

Then Lyne is found murdered, his body laid out in Hyde Park with a pad formed from one of Miss Rider's nightgowns and some of her hankies used in an attempt to staunch his gunshot wound -- and a bunch of daffodils laid upon his chest. He is wearing slippers, and a small piece of red paper with Chinese characters written on it is in his waistcoat pocket, although that garment, his coat, and his boots are in his car a hundred yards away from his body. Tarling interprets the writing as saying Lyne brought trouble upon himself.

My verdict: Readers' notions of likely suspects are cleverly led along until a plot twist turns them on their heads, while the machinations of Mr Milburgh will make some almost admire his cleverness -- until they learn the nasty depths of his nature. The murderer is the person most readers will least suspect. And will any of them be able to look a daffodil in the trumpet again without recalling their mental picture of the corpse in Hyde Park?

Review: Was It Murder? by James Hilton 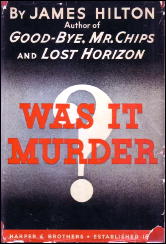 It is ten years after the Great War and Oxford graduate Colin Revell lives in London near the Caledonian Cattle Market. A somewhat irritating young man, he is engaged in writing "literary articles for a high-brow weekly" while composing a satirical epic. Fortunately he has private means.

Revell attended Oakington, a minor public school. One day he receives a letter from its current headmaster, Dr Robert Roseveare, inviting him to visit Oakington to solve a mystery. The two men do not know each other, but Dr Roseveare had heard from a mutual acquaintance at Oxford that Revell had recovered a manuscript stolen from his college library, and so hopes he can shed light on a tragedy that has taken place at the school.

Revell accepts Dr Roseveare's invitation and so learns the history of the Marshall brothers. The oldest died during the war, leaving Wilbraham, currently head prefect of Oakington, and their youngest brother, Robert. The latter was killed by a falling gas fitting in a freak accident in the dormitory of his school house.

Dr Roseveare reveals he had sent for Revell because Robert had written a just-discovered will, leaving all his possessions to his remaining brother -- apart from his three-speed bike, which was to go to a particular school chum. And the will was written the evening before Robert was killed. Dr Roseveare feels the situation is...suggestive....and wishes Revell to secretly look into the matter in the guise of a Old Boy back for a visit.

Revell goes about the school grounds talking to various masters and staff. He makes no progress, ultimately finding there does not seem to be anything suspicious to learn. Dr Roseveare admits to an attack of nerves about the matter and apologises for the wild good chase, so Revell returns to London.

But then there is another death at Oakington and Revell takes up his investigation again.

My verdict: Misdirection and red herrings abound as Revell invents well-reasoned theories fitting the available information and suspects, but is then forced to discard them as the novel progresses. I am a reader who likes to follow clues and solve the mystery before the author reveals whodunnit, but I could not guess the culprit, who turned out to be the third person I suspected, and a twist or two at the end also caught me by surprise.

Note: Originally published as Murder at School under the pseudonym James Trevor, this was James Hilton's only mystery novel.

Etext: Was It Murder? by James Hilton 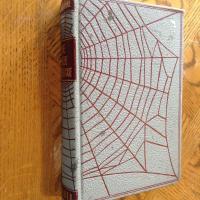 It has been about l2 years since Tobias Greene died and under his will, if his children do not continue to live in the family mansion for 25 years after his death -- if they marry, their spouses must reside there also -- they will be disinherited. Naturally this has lead to disgruntlement and tension among the siblings, and interviews with their servants confirm there have been years of "daily clashes, complainings, bitter words, sullen silences, jealousies and threats" in the Greene family.

It all comes to boiling point when oldest daughter Julia is killed and her sister Ada wounded in what is initially thought to be a burglary gone wrong. It soon becomes obvious it was no such thing and the siblings do not hesitate to air their grievances against each other to DA John Markham, Philo Vance, and the usual company. In fact, when it comes to suspects, a third daughter, Sibella, declares flat out "If you're looking for possibilities you have them galore. There's no one under this ancestral roof who couldn't qualify."

The household consists of bedridden Mrs Greene, the four children left (Ada, Chester, Sibella, and Rex), German cook Gertrude Mannheim, given to going about muttering to herself, the maids Hemming, convinced God is smiting down the sinful Greenes, and Barton, who rightly reckons "There's something awful funny going on here", plus elderly butler Sproot who reads Martial, although only a snob would find that suspicious. Then there's Doctor Arthur Von Blon, who visits more often that caring for Mrs Greene would seem to necessitate.

Soon there is another death in the mansion....

My verdict: While I would not go so far as to observe that lying beneath the Greene case are what Van Dine in Lovecraftian mode describes as "obscure fetid chambers of the human soul. Black hatreds, unnatural desires, hideous impulses, obscene ambitions", the set-up is bizarre enough to make readers pay close attention to the details and the map of the house, and therefore one or two clues will probably be identifiable fairly easily. One vital to the solution is not presented in quite fair fashion unless you stretch your definition of fair, in which case I will begrudgingly agree that, well, perhaps it was. I wavered between three possible culprits and one of them was the right one -- but in all fairness, it was the last person I began to suspect. A dark novel.