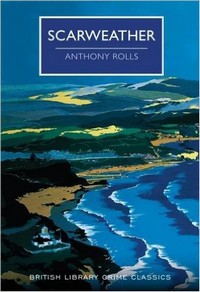 Narrator John Farringdale kicks off his account by explaining he has been persuaded by old friend Frederick Ellingham to relate the details of a tragedy that occurred at Scarweather, a tragedy in which both men were heavily involved.

Farringdale then introduces his two great friends at university: his cousin Eric Tallard Foster and reader in chemistry Ellingham, an older Rennaissance man with a wide and astonishing variety of acquaintances. Foster, although studying medicine, is also keen on archaeology, and it is this interest that leads him to make the acquaintance of Professor Tolgen Reisby via their memberships in the London Archaeological Union. In due course Foster is invited to visit Scarweather, Reisby's home near the northern England fishing hamlet of Aberleven, and a friendship develops, as a result of which Farringdale and Ellingham also meet the Reisby family.

The first hint of unusual undercurrents swirl by when Ellingham reveals to Farringdale he had seen the professor in a sailors' eating house in Poplar. Ellingham takes Farringdale there to lunch, despite the place not being as he puts it "a proper scene for a young gentleman". By chance they observe the professor playing chess there and given Poplar is not the most salubrious area of London, it seems Reisby is one of those eccentric academics so often found in mystery fiction and doubtless also in real life. In any event, the friendship between the three young men and the professor and his wife flourishes and the trio soon become visitors to Scarweather. Before long the aforementioned tragedy occurs. World War I intervenes and so it is only years later that the characters return to Scarweather and unravel the nature of the tragedy.

My verdict: Once past the first couple of chapters the pace, while still unspooling slowly, picks up and the reader is treated to one or two nicely done pen portraits of characters as well as interesting details on how an archeological dig is conducted. At one point Farringdale asks the rhetorical question "who could have suspected...the gathering elements of a dark and appalling tragedy?" Astute readers will be already be suspecting ahead of him, but part of the twisty ending may well catch them by surprise despite pointers earlier towards at least part of the revelations. A matter that intrigued me, and one no doubt rooted in the social conventions of the time, is that nothing is done when the solution to the tragedy is uncovered, the reason for lack of action being concern about ramifications for relatives. While this gives readers an ethical point to ponder, it will also disappoint some. Thus I reluctantly award this novel a B, with the hope of better liking the next I read by this author. 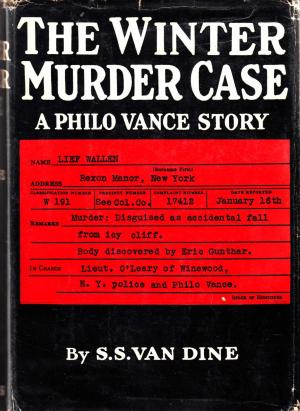 A house party is under way at Rexton Manor in the Berkshires to celebrate the return of Carrington Rexon's son and heir Richard from his studies in Europe. However, Rexon Senior is nervous about his fabled emerald collection, given the mixed bag of café society guests. Philo Vance will easily blend in and so agrees to keep an eye on the situation.

The story gets off to a mysterious start, for the first person Vance and his personal advisor and friend Van Dine see on arrival at the extensive Rexon estate is Ella Gunthar, companion to Richard's invalid sister Joan. Ella is figure-skating alone on a pond in the woods to the music of a portable gramaphone. The large house is full of Bright Young Things, including singer Sally Alexander, treasure hunter Stanley Sydes, and gentleman jockey Chuck Throme. In addition, the Rexon family physician Dr Loomis Quayne pops in regularly to visit Joan.

It is not long before dark events take place. The guard of the wing in which Carrington Rexon's gem collection is kept is found dead at the foot of a cliff in suspicious circumstances. There are plenty of suspects, not just the guests but also Eric Gunthar, Ella's father and overseer of the estate workers, and Old Jed, a hermit who lives in the woods. Then Carrington Rexon is knocked out, the key to the gem room stolen, and his collection rifled of its choicest items. Much more will happen before Vance is able to aid the local constabulary in unmasking the murderer and thief.

My verdict: This is a particularly interesting novel in that while it has plenty of dialogue its style is telegraphic, and there are no footnotes or learned ramblings by Vance. The introduction explains when Van Dine died suddenly the work had reached his usual second stage of writing, meaning it lacked "the final elaboration of character, dialogue, and atmosphere". Van Dine fans therefore have the extra treat of in effect looking over his shoulder as he works.

Shorn of its usual elegant encrustations, then, the plot of The Winter Murder Case is revealed naked to its bare bones but it is still intricate enough to give the reader a chance to deduce the solution before it is revealed. A vital clue in plain sight and misdirection aplenty makes this Philo Vance adventure a valiant last hurrah.

Review: Death of a Viewer by Herbert Adams 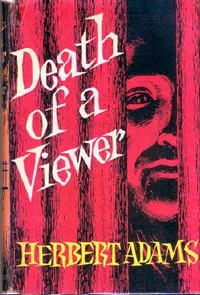 Since it was published in the 1950s, Death of a Viewer hangs its toes over the precipice marking the end of the Golden Age of mysteries, but what the hay says I, let's agree this entry is grandfathered into that general area of interest.

Captain Oswald Henshaw tells his lovely young wife Sandra their financial resources are gone but suggests if he sees her in compromising circumstances with Ewen Jones, Member of Parliament for an East London constituency, there could well be financial benefits. Ewen's father is Lord Bethesda and his stepmother is worth half a million, so naturally they'd want to keep scandal -- such as Hensaw bringing an action for alienation of affection against Ewen -- from breathing nastily on the family name, not to mention the effect of such a proceeding on Ewen's political career.

Amateur sleuth Major Roger Bennion becomes involved in the case because Ewen lives in one of a number of houses built by Bennion Senior. Located near the London docks, these homes with their little gardens are let to the aged and infirm at the affordable rent of six shillings a week, repairs and rates being paid for by their landlord. Bennion occasionally inspects the houses to see all is well but on this occasion he arrives to visit Ewen, who as an MP is much better off than the other tenants, in order to ask him to move out of the house he is occupying so Lord Bethesda's elderly gardener Daniel Floss could retire and he and his wife live there.

Having obtained his tenancy in a sly and roundabout way, Ewen refuses to leave but suggests Bennion visit Welton Priory, the family home, to discuss the matter with his father and (a nice touch, I thought) the gardener. It seems several Labour MPs are shortly to meet at the priory to secretly discuss plans to ginger up the party. Bennion's presence will suggest the gathering is the usual type of house party — and while he's there perhaps he'll be able to persuade Ewen's father to buy him, Ewen, a house or give him a generous allowance! The Henshaws will also be attending, and thus the wheels of the plot begin to turn.

The viewer's death occurs in a room full of people watching TV and with very little to initially go on except a scrap of paper and a house full of suspects. Other deaths follow and Bennion and Scotland Yard's Superintendent Yeo and Inspector Allenby cooperate to solve the crime.

My verdict: This novel will remind readers of the unrest in the air in the 1950s as Lord Bethesda's guests discuss the abolition of hereditary titles and the monarchy, financial reforms to reduce or even pay off the National Debt, and changes in trade unions connected to their right to strike, while also expressing disgust at looming possibilities for easier divorces and the legalisation of what is quaintly described as the sin of Sodom and Gomorrah. Some of these matters might well make the legendary retired Cheltenham colonels who so often write to the editor of The Times weep with joy, but alas they tend to swamp parts of the earlier part of the novel and do not add very much to the plot.

However, once we get to the actual detecting the story runs along nicely. More than one guest has what they might see as good reason to act against the deceased, so most of them are suspected at one time or another and the solution roars up after an unexpected twist that caught me by surprise. I regret to say however that on the whole this novel is not one of the best I have read.

Death of a Viewer by Herbert Adams