In Praise of Golden Age Mysteries 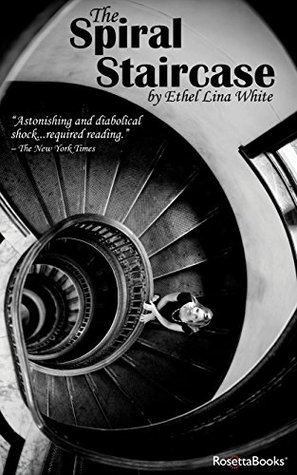 Ladies and gentlemen, it is my contention many cosy readers would enjoy works written during the Golden Age of Detection. A keen fan of them myself, I characterise the age as running from 1910 to 1940 with a sprinkling of earlier works, although others can and do differ.

Before I begin, I must mention potential stumbling blocks. Xenophobia sometimes appears, as do comments and attitudes now considered offensive. Bear in mind they reflect their times, and in particular the views of upper class society, around which many of these novels revolve.

Then there are the crimes involved. More than one author advances the view, through their characters' dialogue, that killing a blackmailer is not to be viewed with the same horror murder otherwise inspires. Kidnapping, the white slave trade (enforced prostitution), and drugs both taken and dealt in are not unknown but are generally treated in a non lurid fashion. Sometimes the criminous activity seems quaint: who'd have thought black market saccharine could once have been so profitable? Missing wills, hidden identities, missions of vengeance, and fraudulent activities are other common plot elements.

Certain real life conventions are carried over into this fiction. For example women -- middle and upper class women in particular -- would not dream of visiting a bachelor's flat without a chaperone, even if affianced to the man concerned. To do so would mean the loss of her reputation. Even the boldest male goes no further than kissing his beloved before they are man and wife.

It was an era when men were praised for being decent and clean in mind and body. A man's word was his bond, and a rotter caught cheating at cards was socially ruined and/or had to resign from his club and regiment. Honour and devotion to duty were the norm, as was serving King and country as demonstrated in John Buchan's Greenmantle. During the search for the titular character, a matter of grave importance during the First World War, a character reveals his identity by addressing an arch-villainess thus: "You must know, Madam, that I am a British officer." Immediately she -- and the reader -- knows her nasty game is up.

Descriptions of mayhem are not dwelt upon. Where death or grave injury occurs it usually takes place offstage and if seen in the glare of the footlights is only briefly sketched. Profanity is uncommon, with inventive ways to get around situations where readers know someone would speak in a robust fashion. My favourites are mention of continental objurgations and "What the mischief....", closely followed by references to sanguinary.

Many of these novels therefore parallel traditional cosies. Yet they are not sugary works by any means. Take Ethel Lena White's psychological suspense mystery Some Must Watch, filmed as The Spiral Staircase, wherein several inhabitants of a house lock themselves in as mutual protection against a murderer known to be prowling about the local countryside. Yet one by one they leave the house for perfectly believable reasons...

We continue to assemble a library of free etexts of dozens of of GAD novels and collections on our website.

Detailed information and commentary about GAD novels is online and there is a lively Yahoo discussion group devoted to these novels. See you over there?