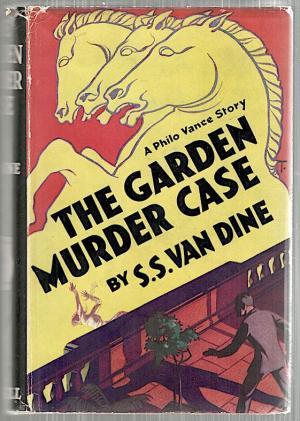 The Garden Murder Case runs on "passion, avarice, ambition and horse-racing" and the affair leaves the starting gate as DA John Markham is dining with Philo Vance and narrator Van Dine. A strangely cryptic 'phone message is received, leading the latter two to drop in on Floyd, son of chemistry Professor Ephraim Garden. On this occasion, there are several other visitors, there to follow their custom of a bet or two on horse races, placing them by means of a telephone hookup to a news-service giving odds and last minute scratches, wagers being placed with a bookie via another phone line.

Those having a flutter include the professor's wife Martha, Floyd's friends Cecil Kroon, bright young sportswoman Zalia Graem, and would-be thespian Madge Weatherby, not to mention Mrs Garden's medical attendant, Nurse Bernice Beeton. There's also Floyd's cousin Woode Swift, who has lost a great deal of money betting. Despite attempts to persuade him otherwise, he insists on wagering $10,000 on one horse and goes up to the roof garden to listen to the race on a head phone. The horse loses and the ruined Woode commits suicide with the professor's revolver. When this becomes known, more people than might be expected are seized with the desire to visit the roof garden despite explicit instructions they are to stay downstairs until the police arrive to take charge, and it's not long before accusations are flying about like all get out.

Of course it is not suicide but murder. But who was responsible, what was the motive, and how did they pull it off? Then another death occurs. Vance investigates and ultimately gathers the suspects in the professor's den to point the finger. But there is a startling and somewhat unlikely event before all is revealed.

My verdict: The Garden Murder Case involves an apparently impossible crime. How could any of the visitors have killed Swift without being missed from the gathering downstairs, even in the middle of all the gambling excitement? In this entry in the Vance series the culprit is more easily spotted than in other Van Dine novels, but against that handicap readers should bear in mind although the details are intricate they are clewed in fair fashion. 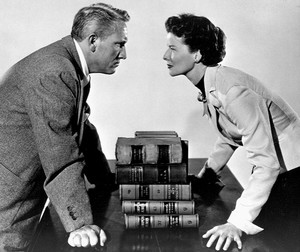 It's been a while since Murder in Megara came out so Mary and I have started plotting the next of our John the Lord Chamberlain mysteries. Well, actually we've been plotting to write another book for months but we only now are trying to come up with a plot. Daydreaming about novels is so much easier than getting down to work.

People often ask how two writers can work together on the same project? The first step, as Mary likes to say, is to lock up all the kitchen knives.

Next we settle on a basic idea. In the case of Murder in Megara the idea was to force John to solve a mystery without recourse to his powers as a high official and in a place less familiar than Constantinople. This flowed naturally from the previous Ten For Dying in which he had been sent into exile at an estate near his boyhood home in Greece. In the past we've been inspired by history. Let's do a book taking place during the Justinianic Plague or the Nika Riots! We wrote a book to send John to Egypt and another to tell how he rose from being a slave to advising the emperor. Ideas for interesting mystery puzzles might also form the germ of a book. You'd need to ask Mary how these occur to her. She sees potential murder mysteries in everything. I'll be lying in bed, eyes closed, about to sleep and from the darkness a voice will suddenly say -- "Paperclips dipped in curare!"

I don't think you can chase ideas and catch one. They're like cats. They come to you if and when they want to. One often cited source that's useless to us is the newspaper. Our plots are never torn from the screaming headlines. (Or is that torn screaming from the headlines? ) When did you last see a headline: "Red and Green Factions Riot Outside Hippodrome"?

Which of us usually comes up with the intitial idea? I have no idea! But once it's there, purring and rubbing against our legs, we extrapolate. (My feline analogy will end here because if you try to extrapolate a cat you'd better have a first aid kit handy.)

It goes without saying (and isn't it strange how things that go without saying usually do not go unsaid?) that we sometimes ask ourselves what happens first and if that happens then what? But we also come up with things we would like to see happen during the book, places that would make good backdrops for scenes, characters to bring the book to life. For Murder in Megara we came up with a City Defender who serves Megara as both law enforcer and judge, a corrupt estate overseer, a shady pig farmer, a servant’s unwelcome suitor, a wealthy merchant who spends part of his time as a cave-dwelling hermit, and the criminals and cutthroats populating such a seedy port as Megara. Not to mention two childhood friends whose lives have taken very different paths, and the stepfather John hated.

Okay, I just quoted the publisher's description of the book. But the reason for all those people in the description is that characters are the most important part of most novels. And each character comes with his or her own possibilities, motivations and inclinations, which help form the plot. A story is in lage part the collisions and entanglements of the characters' desires.

Mary and I tend to take notes on our thoughts and trade them back and forth via email. I wonder how long of a detour those emails take to traverse the two feet between our desks? After a time we amalgamate the notes and start talking. We manage to construct a rough plot outline before entering into hand to hand combat (remember the knives are safely locked away.) This outline is divided into scenes -- no details to speak of, mainly just who does what and when and where. Enough to get started, but not so much as to take the fun out of "discovering" the story as we subsequently write it. We might know that John is going to visit a wealthy merchant in town and discover an important clue, but we don't necessarily know exactly what turns their conversation will take. That's the fun of the writing.

So far as individual methods go, Mary thinks and thinks and then whips through a scene before going back to rewrite. I tend to scribble notes and do my rewriting slowly as I go along a method made possible by word processors. When I typed I spent most of my time half covered in Wite-Out. Once we finish the scenes we've chosen to work on we turn them over to our co-writer for "editing" which can be light or heavy. We trade edited versions back and forth until we both like them.

The further we progress in the outline the more the projected story tends to change. We add, and subtract, scenes and characters, and we might even find out we've initially tabbed the wrong person for the murder! Yes, it has happened and no, I'm not going to reveal who did or didn't do it!

Our discussions are almost always about ideas, settings, characters, plot twists, clues. Those are what most readers, including myself, read for, not for individual words or niceties of grammar. I don't much care if a writer hangs an occasional participle so long as I give a hang about the characters. Which is not to say we don't pay any attention to using good grammar and effective words, but that is just the polish. Flaubert was perfectly entitled to his eternal quest for "le mot juste" but if you ask me he's caused aspiring writers a lot of grief! Luckily Mary and I both agree on not being carried carried away with style or we'd never get anything done.

Having said all that I'm not sure I've said much, or that there is much useful to be said about writing methods. Another thing Mary and I agree on is that writing can't be taught. Neither of us has ever taken a writing class or attended a workshop. (I admit to reading two books about writing in my life: Writing Pulp Fiction by Dean R. Koontz and Stephen King's On Writing.) The creative process is a mystery. Everyone will have a unique way of writing, developed only by writing, rather than thinking about it.

Now I will check my email to see if Mary has sent me any thoughts about the notes I just sent her on the new book. 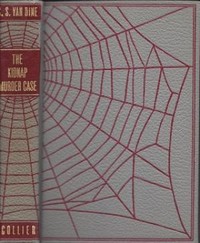 Not to put too fine a point on it, Kaspar Kenting is a rotter. There are hints he has affairs, it is well known he gambles too much, and furthermore he is not very nice to his wife Madelaine. So it is not surprising that when he is kidnapped from his bedroom more than one member of the extended household mutters good riddance.

One of them is Madelaine's neurotic brother Fraim Falloway, who lives upstairs in the Kenting house with their mother, herself quite unwell. Kaspar's broker brother Kenton has charge of the Kenting finances and administers them jointly with Eldridge Fleel, lawyer and family friend. The pair recently refused Kaspar's demand for an outrageous amount of money and this, coupled with certain evidence on the scene, leads to an initial conclusion the kidnapping is bogus and Kaspar is using it as a way to get $50,000 to pay off his debts. However, after a quick stagger about the household Philo Vance begs to differ and as usual he is right. It is not a simple kidnapping case at all.

My verdict: Without, I hope, giving too much away the reader should remember there is no honour among criminals and this novel amply demonstrates it. As usual Van Dine offers a fair bit of misdirection (although one incident is virtually pointed out to be such via Vance's observations on it, a misstep on Van Dine's part IMHO) and DA Markham displays his usual impatient patience with Vance's refusal to even hint at his theories on whodunnit and why. To my surprise there is gun play, demonstrating Vance is not just an airy utterer of arcane knowledge and thus displaying a hitherto overlooked aspect of his character.